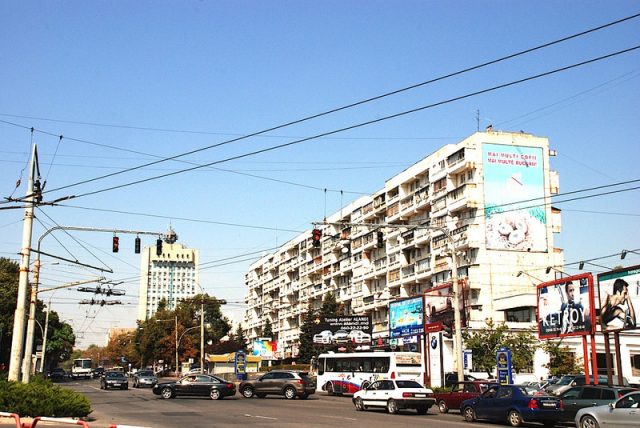 Unlawful residency and unfounded asylum claims from some western Balkan states, plus Moldova, Georgia and Ukraine, is triggering discussions on suspending visa-free travel to the EU.

An internal EU document on the subject, dated 27 September and seen by EUobserver, comes a day ahead of European Commission president Ursula von der Leyen’s Western Balkan tour, itself ahead of a Balkan and a separate Ukraine summit later this month.

Frustration appears to be mounting among France, Germany, and Italy, amid a wider discussion on stopping the alleged abuse.

People from Montenegro, Serbia, and North Macedonia have been allowed to travel to the EU without a visa for up to 90 days since December 2009. This was followed in 2010 with Albania and Bosnia and Herzegovina, Moldova in 2014, and Georgia and Ukraine in 2017.

Visa-free travel is viewed by the European Commission as a “significant achievement” in relations between the EU and the Western Balkans and the former Soviet states under its ‘Eastern Partnership’ policy umbrella.

But not everyone is happy, as the threat of the so-called ‘Visa Suspension Mechanism’ is now actively being discussed.

A more than 50-percent increase in irregular stays, or applicants for asylum with low recognition rates, are needed for the visas to be reimposed.

Countries that refuse to take back their nationals can also see the return of visas.

In the document, Germany took umbrage with Georgia, Moldova, and Ukraine. It also faulted Albania and Serbia as among the top-10 problem countries.

It registered spikes in “unauthorised residence offences” from Albania, Moldova, and Ukraine – despite an overall drop last year due to the pandemic.

It also cited a 51-percent increase in Georgian asylum claims over the past three months, when compared to the same period in 2019.

“In case of little or no improvement by third countries, COM [European Commission] should, in our view, emphasise that triggering the Visa Suspension Mechanism is a real option,” the German delegation said in the document.

Rome then floated the idea of stripping Moldova of visa-free travel “in case of insufficient progress.”

France was also unhappy with Albania and Georgia and remains wary of the Serbs.

The Czech Republic said it has seen a high number of unfounded asylum claims from Georgian, Moldovan, and Ukrainian nationals.

“Altogether visa-free nationals amount for 47.4 percent of all asylum applications this year (an increase from 38.5 percent in 2016),” the Czechs said, also noting an increase in “illegal residency”.

For its part, Belgium described the number of asylum applications from Moldova in 2021 “as an alarming increase.”

“We also have a relatively high figures for North Macedonia, but it might be a temporary ‘summer phenomenon’,” it said.

The Netherlands is the first and only EU state to have ever asked for a visa-free suspension.

But its request, against Albania in 2019, was rejected by the European Commission.

The commission has since demanded the Council, representing member states, to impose visa restrictions on Bangladesh, Iraq, and The Gambia for failing to take back their nationals.

It also comes as France on Tuesday announced a sharp reduction of the number of visas granted to people from Algeria, Morocco, and Tunisia.

“It’s a drastic decision, and unprecedented, but one made necessary by the fact that these countries are refusing to take back nationals who we do not want or cannot keep in France,” French government spokesperson Gabriel Attal told Europe 1 radio.