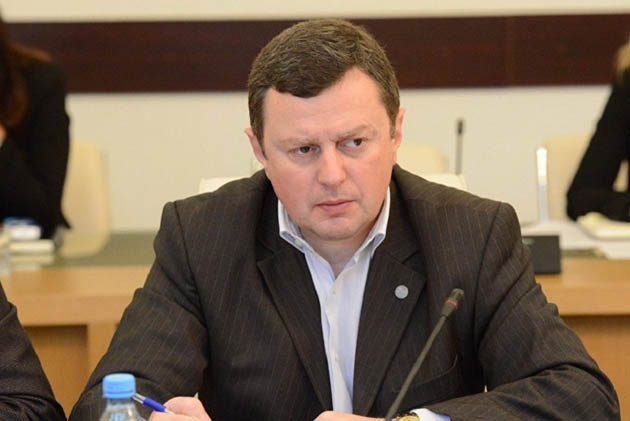 Liberal hysteria over Georgian Foreign Minister Davit Zalkaliani’s statement on the country’s involvement in the 3 + 3 format continues. Criticism is heard not only of the head of the agency, but also of the entire management team. The “accusations” are unchanged –  “Slave of Russia”  “agent”, and  “traitor”. Propagandists do not change their methods of struggle and, in addition to blinding the public, continue their political oppression (“bullying”) through tried and tested methods.

Zalkaliani, however, later apologized and made explanations for his statement, but this did not help the minister who fell into the jaws of liberal propaganda. A fan of Georgian democracy, the so-called The pro-Western opposition called the statement of the Minister of Foreign Affairs another clear manifestation of rejection of the country’s “historic choice”. i.e.  the rejection of the pro-Western course and deviation from this course, which, in their opinion, is alarming and reprehensible. After that, the government will probably not dare to vote for 3 + 3, but the reality remains the same: the five countries in the region – Russia, Turkey, Iran, Armenia and Azerbaijan – will discuss the establishment of a certain agenda for peace and stability in our geopolitical space, and Georgia continues to strive for Euro-Atlantic structures, thus leaving itself out of the political game. More precisely, Georgia is again hoping for a liberal West, a West that, in turn, begs Russia not to make natural gas too expensive before the coming winter. Moreover, Georgia again leaves itself to the hope of those overseas “friends” who simply do not see the peace and stability of their country without normal relations with Russia. What will this harmful policy bring, which is an even deeper immersion in the swamp itself, a constant confrontation with its northern neighbor, or isolation and security in question?

When we are told that it’s a historic choice to talk about the root of the problem and the key to solving it, in the face of the EU discussing a new security system so as not to lose control of its own destiny and future, and across the ocean barely approving next year’s budget, a question arises: Are they  worried about the fate of Georgia, a faithful to the historical choice in the West, which is ready to give up its future because of this choice? “Georgia and the world” talks to human rights activist Dimitri Lortkipanidze.

– Mr. Dimitri, the 3 + 3 format, within which, naturally, Georgia is also considered, has caused hysteria in the liberal elite. There are statements that Georgia should not take part in the processes in which Russia is involved. What do you think about all this and the 3 + 3 format in general?

– First of all, I would like to underline that this is a very important  issue that relates  to creation of a new geopolitical architectonics in the region and the initiator of which is the president of Turkey Erdogan. By the way, we should not forget that the leaders of Iran, Russia, and Azerbaijan, have unanimous and supporting attitude to this initiation of Erdogan. As to Georgia, our country  is officially  refraining from expressing interest on this issue, but, lert’s recall one very serious and important detail:  At the opening ceremony of the first session of the tenth convocation parliament, madam Salome Zurabishvili spoke in support of the initiative, saying it was time to set up a regional assembly to work with the leaders of neighboring countries to consider a platform for a peaceful Caucasus. It was during the dialogue with Russia that this statement was made, and even then, as always, the President’s proposal was criticized. Of course, they have always been and still are forces in the country that oppose such ideas from the very beginning and do their best not to involve Georgia in any format that offers the prospect of dialogue with Russia. All this is a serious problem for us and, most importantly, as a result of this problem, there are constantly growing security challenges in the country. What do we get as a result? The only thing is that Georgia is not able to get out of one political cycle, which is a kind of chronological sequence, first of the frozen relations with Russia, then shouting “Russia is an occupier”, and then the frozen process of negotiating the restoration of territorial integrity and complete hopelessness.

– Does the 3 + 3 format offer any perspective in this regard?

– Here to put question in whether we should envisage the factors of Russia, or Iran and Turkey, seems to be a frivolous approach.  This is an objective fact that, whether we like it or not, exists. It is not even a matter of who wants what and prefers it, it is a matter of what reality exists independently of us Now, regarding the platform, in particular: we should understand, that an economic activeness is a warrant  of a political stability. The  Kars – Akhalkalaki railway section, whose freight  turnover is increasing every year from both Kazakhstan and Russia, of course, does not leave Armenia indifferent, as after the ice of the unresolved Karabakh problem, a real alternative appeared. Do you know what that means? The cargo must move from Azerbaijan through Georgia, as well as in the direction of Armenia-Azerbaijan. Clearly, this is a prospect for Armenia to end the long-standing stalemate that has plagued and continues to plague this country today. That’s what these interests are all about when they talk about a new platform, and of course everyone sees their interests here. As for our political leadership, it simply could not go beyond the phrases uttered by Salome Zurabishvili in Parliament and her idea. Why and why is another matter, but one thing is clear: the tendency to constantly be there not to talk to the side of the conflict and entrust the solution of your problems to an absolutely different vector, which naturally has its own interests, for us, at least, is stagnation. However, the recent stagnation can also be considered as a kind of positive result, as events unfold and lead to such a stalemate in a policy that has fallen out of all these contexts.

– Let us return again to the estimates: e. წ. The pro-Western opposition has been politically bullying the government and sharply criticizing it, their main message being that involvement with Russia in any format should not be considered. Do you think all this affects the management team?

– In any case, one thing is for sure: this harmful political reality has created some complexes for the ruling team. Mr. Zalkaliani also seemed to move on to his justification. As for the reality, the public probably does not need to be reminded that Russia is the largest importer country for us today. 96% of energy resources are in the hands of Russian companies. The main direction of our agricultural industry – winemaking is in the hands of Russian capital. I am not saying anything about the fact that wheat and bread, which we consume every day, import 95% of it from Russia. Can you imagine how many volumes these numbers are? – Colossal. At this time, like an ostrich, we stuck ourselves in the ground and said, we should not talk to the occupant. This is the enmity of our own country and this policy has already led Georgia to a complete catastrophe, whether you want it – economically, you want it – in terms of politics and territorial integrity – in general.

– What will such approaches bring us?

-Hot heads often say that it turns out that Russia has taken everything from Georgia and we should lose more. To lose those who have nothing and do not care about anything other than grants, those people say that, but I think we have too much to lose. However, on the other hand, the reality is that we have unfortunately not been able to free ourselves from the clutches of Charles Michel, we have not been able to free ourselves from some political complexes, and to a large extent we are creating the preconditions for certain external forces to constantly influence us.

– By the way, the former US ambassador to Georgia – Ian Kelly – said on Twitter that Georgia should not find it difficult to assess participation in any format with Russia, but impossible. Is this also a kind of pressure on the government?

– Yes, of course. By this, Americans say practically that we should not even look at Russia. All this assures me that Americans have taken  disruption of  warming the Russian-Georgian relations to the level of state policy, But no pressure or threat from the West can justify the government’s inaction in starting a dialogue with Russia. Generally, we need to understand one thing: the pressure will always be and will be exactly what your policies are non-state. But the government, if it is really a government operating on state principles, is obliged to withstand this pressure and act not in the interests of others, but in its own. This is what is to be established in Georgian politics today, to end once and for all the harmful practice of dancing on someone else’s   music 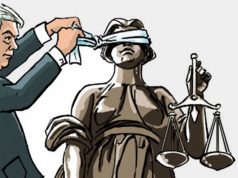 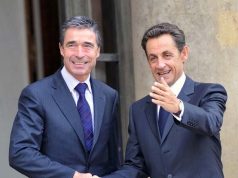 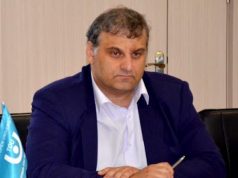 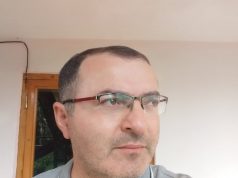