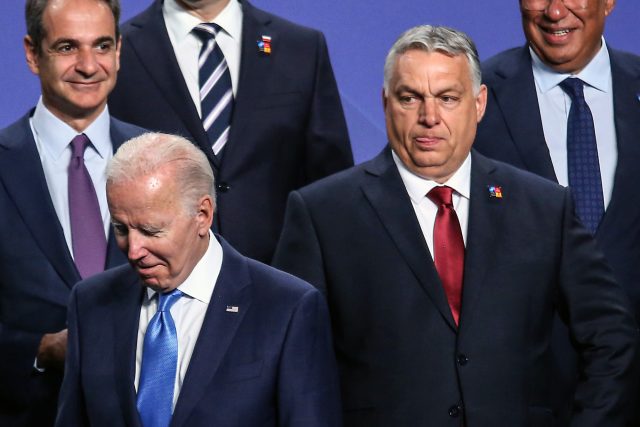 The West should stop arming Ukraine and work for a peace settlement instead, Hungary’s prime minister told his supporters on Saturday.

Viktor Orban doubled down on positions that have brought him into conflict with the European Union, the US and even his former political allies in Poland. He said the West’s strategy in Ukraine — including economic sanctions on Russia and the provision of military aid — has failed.

“It’s not the EU’s job to take sides in this conflict, but to go between the two sides” to help negotiations, Orban said an annual retreat in Baile Tusnad, Romania.

Ukraine can’t win the war with Russia, even with Western support, according to Orban. He said sanctions by the EU, the US, Canada and elsewhere haven’t weakened Moscow but instead have caused instability in Europe. The rest of the world isn’t joining in the repudiation of Russia, Orban added.

Orban’s stance of opposing stronger sanctions against and even fostering closer ties with Russia, as well as banning direct weapons transfers to Ukraine through Hungary, puts him at odds with most other EU and NATO members.

His government is also in high-stakes negotiations with the European Commission on rule-of-law issues that could lead to a loss of crucial EU funds — to which Orban dismissively referred to as “financial negotiations” which will end with a deal soon.

Orban, 59, painted a bleak picture of ideological war between “post-Western values” and the traditionalist societies of Central and Eastern Europe.

Those values “will never have a majority in this part of the world,” he said, arguing against “becoming a mixed race nation” and accepting Western stances on gender and LGBTQ issues.