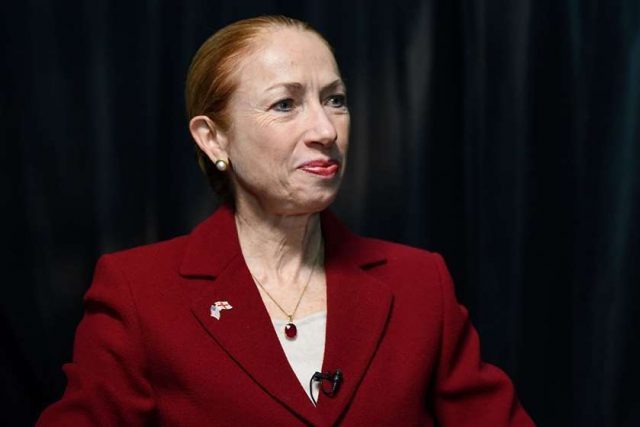 What I am going to ask you now, no one in Georgia will dare but me. Not because they have no questions for you. It’s just that everyone with whom you communicate in Tbilisi, in this or that way depends on Washington, so they are terribly afraid of you – one careless word and a career of a fool will end forever! But for me, liberty  is above all, which Statue is enlightening the world. In this we are alike – On 1st September,   during the demonstration training of American paratroopers in Vaziani, you made such a free statement that if Washington knew about it, you would be called back from Georgia! *

Many of your steps, Miss Kelly, remain a mystery to me. For example, why do you  coincide the most important events e with the favorite holidays of the Soviet  Union? You opened the NATO’s “Noble Partner 2020” military exercises in Georgia on September 1, – the first day of  new academic year for the Soviet  children, and on March 8, the International Women’s Day, you forced the Georgian government to sign an unprecedented agreement with the united opposition and amend the Georgian constitution ….

If you had made this statement, Ms. Kelly, in a mask sewn from the American flag, in which you appear everywhere after the onset of the pandemic, I would have thought that you were smiling under the mask, or joking! But, at the  Vaziani Training Area for the first time you removed the mask  for some reason, and everyone saw – US Ambassador speaks absolutely seriously. You stated the following: 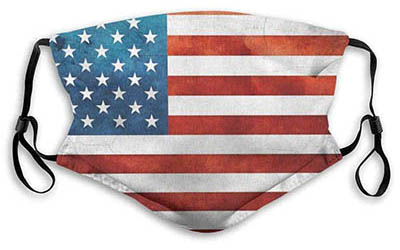 “I think, if you look at the track record for Russia with various elections that have been happening going back several years, to even the U.S. election, it is clear that countries need to protect their electoral systems”

At first I could not believe my ears and listened to the recording several times … It turns out that the US Ambassador to Georgia claims that the 58th US presidential elections on November 8, 2016 was rigged due to the influence of the Russian Federation and that Donald Trump became the 45th  President of thee USA  thanks to the Kremlin’s intervention ?! The US Ambassador claims this despite the fact that on July 30, 2020, the Southern District Court of New York closed a case in a lawsuit filed by the Democratic Party against Russia, in which it accused the headquarters of US President Donald Trump, WikiLeaks and Russia of conspiracy and  hacking into a computer system of Democrats for  influencing  the 2016 presidential elections?! (Maybe the US ambassador does not know about it, then read the original court order in English). It turns out that the US Ambassador continues on his own initiative an unprecedented 4-year shameful campaign in US history, in which the US President himself is slandered ?!

Then, you are doing no less mysterious and contradictory statement: “We and other international friends of Georgia have programs that are trying to help Georgians (Georgian citizens – Editor) become better at detecting (understanding – Editor) fake news, at detecting disinformation, and at seeking out accurate, truthful information. Parties, political parties, and political leaders have a responsibility to provide accurate information to their voters and to the public, and I think that is where we are going to see some good work in the coming weeks where, if the election can focus on the issues and informing voters so they can go to the polls on October the 31 and cast their votes fully informed, without intimidation”

– Why did not we know anything about the impact of the programs of the United States and other partner countries on the consciousness of the Georgians  and learned about it only today from the statement by the US Ambassador ?!

– Aren’t these programs gross interference in the internal affairs of the state?

– Aren’t  these programs illegal in terms of impact on the mental health of citizens?

– Aren’t  these programs foreign propaganda and foreign interference in the elections, if the Georgian legislation prohibits only Russian “soft power” and “hybrid war” ?!

– Who implements these programs – Lugar Laboratory, TV channel “Mtavari Arkhi,  the party “United National Movement” or others? Why was no tender announced for these big budget programs, maybe “Sakinformi” could receive one of them?

– Give at least one example when these programs helped the Georgian people to expose Russian misinformation and lies, because no one but you knows it. Aren’t you wondering – where does American taxpayers money go?

Waiting for your response,