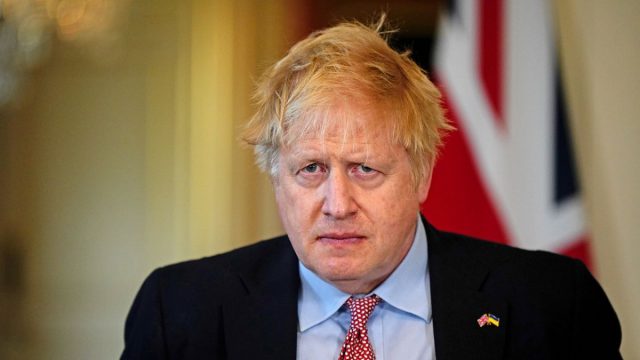 Boris Johnson – that well-known champion of women’s rights and outspoken advocate for gender equality – has declared, while attending the G7 summit in Germany, that Russian president Vladimir Putin’s invasion of Ukraine is a “perfect example of toxic masculinity”.

Can I just take a moment to say: pot, kettle, black? Because I don’t know where the Partygate prime minister has got this soundbite from, but it’s very much reminiscent of that guy at uni who once read a Caitlin Moran book and now lectures his female coursemates on the importance of “sisterhood”.

If you think I’m being unfair, then bear in mind that this “toxic masculinity” comment is coming from the man who allegedly allowed a “Sexist of the Year” award to be presented at one of the illegal Downing Street shindigs at Christmas, 2020 – the Christmas where so many of us were locked down, separated from our loved ones, grieving and anxious.

And it’s not the first time Johnson has proved himself fond of sexist insults, either. Remember when he called former prime minister David Cameron a “girly swot”?

His now-infamous Telegraph column, in which Johnson compared Muslim women to “letterboxes”, resulted in a 375 per cent rise in racist, Islamophobic incidents in the week following. To my mind, someone who has – through their arguably bigoted and deeply irresponsible actions – put women in harm’s way, doesn’t get to use buzz phrases like “toxic masculinity” and be taken seriously.

After the comments from an unnamed Tory MP about deputy Labour leader Angela Rayner and her distracting working-class legs were published, the prime minister said there can be “absolutely no place” for misogyny in parliament.

Yes, of course people can change. But it’s hard to take Johnson’s “toxic masculinity”remarks as anything other than virtue signalling when you consider some of the “jokes” he’s made publicly in the past, like how voting Tory can “cause your wife to have bigger breasts”. Or when he admired professional volleyball players, describing them as “semi-naked” and “glistening like wet otters”.

And when it comes to change, we have to ask ourselves if Johnson is really capable of it. After all, following double by-election defeats in Wakefield and Tiverton & Honiton last week, he refused to accept any responsibility and said some “sort of psychological transformation” of his character was “not going to happen”.

Then there was the vote on 22 June to expand abortion services in Northern Ireland, where he bravely stood up for the reproductive rights of women by… abstaining. It passed anyway, no thanks to Johnson.

At the G7 summit, Johnson also remarked that Putin would not have started a “crazy, macho” conflict in Ukraine if he were a woman. And sure, virtually all of history’s bloody, wasteful wars can be laid at the door of powerful men. But it’s not enough to have a few more women at the table or “more women in positions of power”, as Johnson suggested – it’s about dismantling the structural inequalities that hold back all women, and particularly those who are marginalised in multiple ways, due to race, sexuality, disability and gender presentation.

To keep up to speed with all the latest opinions and comment, sign up to our free weekly Voices Dispatches newsletter by clicking here

It means robustly challenging and using your whacking great privilege to actually change cultures of sexism and misogyny – which Westminster, in my view, undoubtedly has. And, for the main part, thanks to Tory sleaze.

Having women in top jobs doesn’t guarantee that things will change for the better, that there will be more compassion or any real justice for other women – just look at Thatcher. Look at Johnson’s predecessor, Theresa May, architect of the “hostile environment” policy and devastating Windrush scandal. Look at Priti Patel, who smirks as she fights to deport traumatised refugees to Rwanda.

It seems to me that these are women who pull up the ladder behind them. They’ll make a hole in the glass ceiling big enough to squeeze themselves, and themselves only, through, then brick up the gap.

Johnson’s G7 comments are meaningless – and as such, they’re insulting to anyone with even a shred of awareness about gender equality. We know exactly who he is, and when he co-opts the language of feminism, he’s fooling precisely no one.