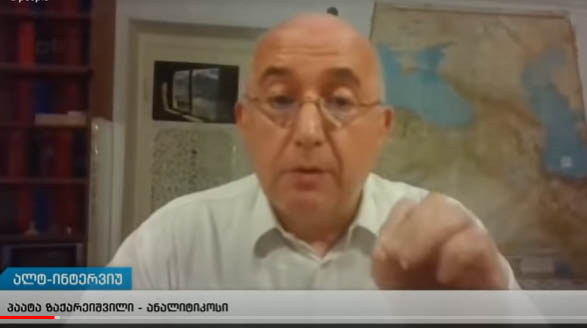 – It was a shame. No, it is better pronounced in Russian – ПОЗОР! –

I ask the society – with its build, thinking, speech, past life, to which the word shameful is more appropriate – Paata Zakareishvili or Irakli Gharibashvili? It is my deep conviction that, to put it in Old Slavic terms, Paata Zakareishvili looks disgraceful, and his ministry of reconciliation was not the shame of him, but of those who appointed him on this position. Bidzina Ivanishvili and Irakli Gharibashvili allowed it, and ПОЗОР was the appearance of Paata Zakareishvili, who could not speak Georgian, on behalf of the Georgian nation. Mr. Irakli, do you not feel embarrassed for bringing such a shameful creature to power during your rule?!

Your speech in support of the people of Ukraine involved in the war is really based on national principles, and I see that Georgia has a barely national-minded government that will no longer allow the ÏÎÇÎÐ that addressed you with the appointment of Paata Zakareishvili as Minister.