Correspondingly, he was recognized guilty and therefore, based on the principle of combination of crimes and absorb of punishments,   9-years in-length limitation of freedom was determined against him. The decision may be appealed within 1-month term from the moment of announcement thereof, at the Board for Criminal Cases of Tbilisi City Court”  – Tbilisi City Court statement says. 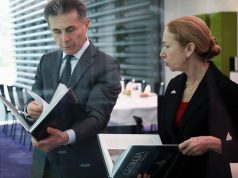