At the request of  the Ukrainian President Petro Poroshenko, the Constantinople Patriarch Bartolommeos intends to grant autocephaly unilaterally and deliberately  to a group of dissenters  (and so called “racoclinics”) and, even appointed two exarchos in Ukraine, for this purpose. Such behavior is a gross violation of the canonical  law – this is the evaluation of the majority of the Orthodox clergy.

“It is necessary to refrain from preliminary assessments until the official and final position of the World  Patriarchate and the Russian Church based on the norms of the ecclesiastical canonical law,” – said His Holiness  Ilia II on October 6. This is a very painful theme for the orthodox world, naturally, Georgia is not an exception. e “World Patriarch, Ukraine and the Prospects of Georgia” – this was the topic discussed by politologists and journalists during the “Round Table” meeting organized in the “Sakinform” office. The meeting was held by initiation of  the NGO “Historic Heritage”   and under the informational support of the newspaper “Georgia and the World” . The Round Table participants touched numerous topics, but, still , the actions, objectives,  and results of the actions and objectives of the World Patriarch was the main issue of the meeting.

-, Initiations of the World Patriarch Bartolommeos towards Ukraine, the position of Moscow,  responses of the orthodox world – this, at one glance is as if a simple case, but, at one glance only, because the assessment by the Orthodox world is clear – Bartholomew’s behavior does not fit any canonical norm

Why is the world Patriarch doing this, what is the prospect of his initiative, how will the initiatives on the Georgian Orthodox Church affect the developments in Abkhazia? – That will be the theme of our conversation today and we will listen to any opinion attentively.

“We have to stand back with  Russia in this particular issue, because if a split of the e church  starts, it will be disastrous for Georgia”

“Western intelligence services started recruitment of the World Patriarch after WWI and, their   actions were and are directed against Russia”. By this, the World Patriarch repeated the great schism after 1000 years. Today, those who supported Bartholomew’s initiative, lustered themselves.  The World Patriarch is so irritated because of non-appearance of  some churches, including our church at the  Ecumenical Meeting in Crete. In Ukraine the greatest sanctity is protected. Hundreds of saints remain in the underground in the Kiev-Pechora Cathedral, and if   touched,  Russia will not leave this without reacting and,  bad thing may  happen. The great schism in the past, was for splitting the church. The western church led by the Pope of Rome destroyed  Constantinople.   Everybody in Georgia should understand that this process will not stop at Ukraine and will surely move to us. Everything is designed to take Russia out of patience and engage it in a large-scale war. What was  happened  in Ukraine, worse will happen in Georgia, because almost half of our m 47 dioceses want independence. God will give long live the Patriarch, but when the issue of blessing of the new Patriarch will arise, a  big disorder will become unavoidable

The maintenance of Orthodoxy is of utmost importance for us and we should not support Bartholomew’s initiative in any way. Russia is the largest Orthodox country and it is true in this case. It did not breach the law. What is happening is not only a religious issue, we should stand next to Russia in this particular issue, because if the church is split, it will be disastrous for Georgia.

– Ukraine’s Security Council Secretary Paruubi  arrived in Georgia three days ago to meet with the Patriarch and perhaps to receive his support. The Patriarch told him that relations with the Patriarchate of Russia and the Russian Patriarchate should be resolved by the norms of ecclesiastical law. After returning  Paruubi back to  his homeland, the Ukrainian media staged a stir, as if the Patriarch of Georgia supported them. For this case, the Georgian Patriarchate has spread the statement that this information was false.

“The Georgian Church should act as a mediator and if it does not,  at least  to isolate  Bartolommeos“

– Constantinople Patriarchate recognized the autocephaly of the Georgian Church in 1990 only, which should be often reminded to our community.

Some time ago I heard an interview with Metropolitan Andria Gvazava. He says that, according to history, the recognition of the Ukrainian Church as a separate organism, is unacceptable  and, this should be supported by the Georgian Church. This statement of the influential Metropolis was delighted. We are happy that our church is on the path of truth.

Bartolommeos  really works by ordering  from  the special services, he does not take a step in Constantinople without agreeing with the Turkish government. His church does not even have a signboard. Bartholommeos has warmly received clerics from Abkhazia. It is not excluded that recognition of autocephaly of the Abkhazian Church may take place, which, by the way, is contradicted by  Russia.

Abkhazians do not obey the Georgian Church, so it is better for us to solve the issues there by  the Russian Church.

We were unprepared to meet this problem, even though the information was coming and we knew that this would happen in Ukraine and Bartolommeos would try to give them autocephaly.

The Georgian Church should act as a mediator and, if it does not, Bartolomeos  must be isolated, because what happened was not only his competence to decide. It is not justified in any case.

“The Georgian Patriarchate should do everything to prevent religious war”

-, Bartolommeos is guilty, because this one statement may have led to a religious war in Ukraine. This person named World Patriarch has sacrificed Ukrainian people, so, for me  he is an employee of special services and guilty. The Ukrainian parish has always been in the Russian Patriarchate, so the truth is on the Russia’s side. Our country is facing a global war, we have escaped this in 2008, so we have to be cautious, because it will definitely come to us. The Georgian Patriarchate should clearly state its opinion and do everything to avoid a religious war.

A healthy “radicalism” from the Patriarchate in this case is probably necessary.

Georgia and Ukraine take the interests of another country in their own countries. Therefore, they cannot be national and cannot determine the priorities of the country. As soon as the Georgian Church recognizes the independence of the Ukrainian Church, in the same moment the recognition of Abkhazia and Samachablo Churches from the Russian side will happen, so we must take into consideration the interests of the neighboring country.

“Russia will defeat the Western Coalition”

“Ukraine is the “made” country

– Ukraine is the “made” country for which some  artificial things are created:  now autocephaly will be awarded, then artificial holidays will be established, etc.   The Georgian Church should express its position strictly, because all these things not to come to us.

–  It should be noted that we have years of conflict with the Russian state, but they have not recognized the independence of the Abkhazian Church and do not support it. For this reason we should be grateful to the Russian Church and the state, because they could take extreme measures also.

We should never clash with  Russia, otherwise  we will die”

I will not talk about our historical past, because it will take a long time. I say that we should follow Russia everywhere. Whatever it  does, we have to be beside it, we have no other way. I know exactly that should never clash with  Russia, otherwise  we will die. Patriotism is a result, not a process. If I have ever done something, I always think that I do not care for my country. I am obliged to say what I think is right. Even if  Russia is not a citadel tomorrow, we should still be with it

-, It’s very good to discuss this very painful issue. We started this  and we will continue. This gathering is just an initial impulse

The action of Bartolomose can not be considered as one local action against Ukraine. If  Bartholomew has made progress in Ukraine, then its next target will be Georgia. Bartholomew was not the first, and the idea of “Oriental papacy” was born about 1000 years ago, to recall the epoch of the shameful unity when Constantinople recognized the supremacy of the Pope and its   power over  Orthodox world. The world Patriarch is repeating this, but it is a little bit of change to the present situation. The Ukrainian Filaret believes that Bartolomose’s  next step will be his announcement as the Patriarch, but he will not do it. Bartolomose as the World Patriarch, wants to create in Ukraine  , an evangelical subordinate, and then call upon the apostates to join them so that their influence, power be absolute and, as the Pope of Rome, appoint local hierarchs individually. Bartolomose wants to create a space in which he will be a sole governor and. do not do it God,  if  Georgia is  the next stage.

Russia has been strengthened in every way, but political and military strength is in vain if it is not relied on the ideological and spiritual strength. The strength of Russians and Georgians comes from the righteous doctrine of Christ. We have always found strength to stand up and this force has given us  Orthodoxy.  This initiative of Bartholomew is directed to break the spiritual strength of Orthodox Christians. They want to discredit the Church of Ukraine and them others too. The battle that is now going on is a struggle between good and evil. In such a difficult situation, we need more principle, it is necessary to express more attacking  position. 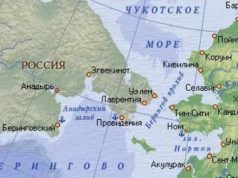 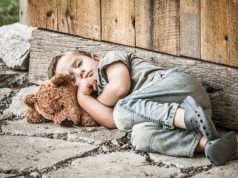 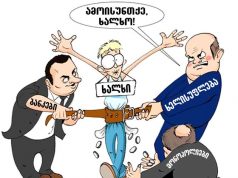