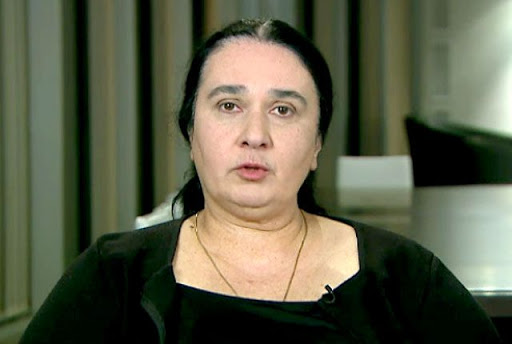 The joint statement by the leaders of the Georgian Dream – IrakliKobakhidze, ArchilTalakvadze and ShalvaPapuashvili – that the main strategic partner was misinformed about the judicial reforms taking place in the country, particularly worried U.S. Ambassador to Georgia Kelly Degnan. Speaking to the media, she urged the authorities to think about it, adding that the statements of the U.S. government, including the Secretary of State, were not premature. Later, the concerned ambassador couldn’t resist making harsher statements, threatening the ruling team with sanctions: “Sanctions are one of the tools, and as you saw from the U.S. Embassy statement and the U.S. State Department and the Secretary of State, we are very, very disappointed.”

As you know, judicial reform was part of the agreement reached between the opposition and the government on April 19 under the West’s mentorship.  The opposition (especially the National Movement) soon began political speculation about the non-implementation of the agreement, and the “democratic” West, which had no complaints about the judiciary until 2012, echoed the rhetoric of the liberal opposition one by one…

Georgia & World discusses with human rights activist Nana Kakabadze why the current judicial reforms are so unacceptable to the US, why they are threatening with sanctions and whether the government is ready to endure pressure.

– Ms. Nana, the “democratic” West and in particular our “friend” America are extremely concerned about the ongoing reforms of the judicial system. The lifetime appointment of 6 justices to the Supreme Court has further heightened this concern.Kelly Degnan is also threatening sanctions… What causes their discontent and what do they want to achieve by influencing the government?

– All of this requires a very serious and in-depth  analysis in the direction of what this concern is really aimed at.  Is it really a concern for the independence of the judiciary, or is it a concern for the transfer of all power to the liberals? Let’s open this up: as you must remember, after 2012, when the ruling regime changed, we, several human rights organizations, demanded a trial of the former regime. It was a campaign, and after the political prisoners were officially recognized by the parliament, we also demanded the removal of specific prosecutors, judges, and investigators. We were talking about people who had been involved in politically motivated cases for years. At the time, we faced resistance from a number of nongovernmental organizations, including Transparency International-Georgia. These people, along with the U.S. Embassy, put pressure on the government and kept these judges. By the way, their main argument was the following: Do you want to repeat what Saakashvili did and interfere with the judiciary system? In short we were in the minority. Today we see that the same people – Nazi Janezashvili, the US Embassy, the European Union and others – are telling us exactly the opposite…

– What is the reason for this?

– A very simple fact: when we called these judges notaries because they directly confirmed the accusations made by the prosecutor’s office, the court was completely controlled by the National Movement. Consequently, the people who opposed the dismissal of the judges thought that after the change of government, they would still remain under the control of the National Movement. This is where they made a mistake, which then became obvious to them.  Once the judges were freed from pressure, most of them simply did not want to do the bidding of the National Movement. It was then that the Nationals realized that they could no longer run the courts and wanted judicial reform. As for the representatives of the US  embassy and the European Union, who are almost exactly repeating the rhetoric of the Nationalists about this judicial reform, their goal is the same. They do not want Georgia to have an independent judicial system, but they support having the judicial system in the hands of the Nationalists.

– Yes, but what interest do the Americans have in this case, why do they need to subordinate the court to the National Movement, which was already a political tool in their hands?

– There are many cases against the leaders of the National Movement, some of which are known to the general public. They always have the fear that these cases will one day come off the shelf, and naturally they cannot be complacent. It is also clear why Americans want to strengthen the “nationalists”: they have no guarantee that when these cases come to light, they will expose as  supporters of that nine-year regime. So even today, the “Democrats” are doing everything they can to strengthen the National Movement, and are trying to terrorize the government with all their might. By the way, Kelly Degnan, who speaks so much now, behaved relatively quietly when the Trump administration was in power. As soon as the administration changed and the “Democrats” came to power in the U.S., she became more active. The “Democrats” want to get obedient slaves here again in the form of the National Movement, which has been doing a fine job of slavery for nine years.

– Will they be able to accomplish all this? Can they bring the National Movement back to power?

– One thing I can see, and I think a lot of people would agree with me, is that the mood of the government today is the same as that of a large part of society. The government has realized that the people are the source of power. And if the “Democrats” bring in not one but a thousand Kelly Degnans, they can’t do anything unless the Georgian electorate votes for them.  Therefore, I believe that neither the National Movement, nor its supporters and allies, the so-called pro-Western parties, whose ideology contradicts the interests of the majority of the country’s population, have any serious political future…

– Are sanctions, which Degnan has repeatedly mentioned in the media as a tool, expected, and how can society counter all this?

– I think it’s not society and government that must confront the West, but values must confront each other here.  Our task is to advocate and fight so that both here and there, in Georgia and in the West, healthy, traditional, Christian values prevail over an ugly and immoral system. I am sure that sooner or later this will happen and political crimes, concrete actions will be exposed. Then you will be able to see what their democracy means… By the way, the facts in the state of Georgia have already proved that 60% of the results in the last presidential election in the United States were rigged, and this happened in a country that is considered the flagship of democracy throughout the world. How can they teach us how to do judicial reform!

– The so-called liberal media, mainly the four channels – Formula, Mtavari, Rustavi 2 and TV Pirveli – have become very active recently. As a human rights activist, what do you think of everything these TV-Companies are doing on the streets every day?

– It is very important to call everything by its name but this should not be done by the government but by the society. They’re not journalists, they’re ordinary chapters of the National Movement. Shouldn’t the government qualify this properly, should it? It has to do it, and it has to. IrakliGaribashvili did a good job not to invite those four TV channels to the event, but the main thing is not the non-invitation but the proper qualification of the events. I am repeating it again: they are not journalists but appendages of the bankrupt National Movement Party. This is the main thing, and we must not allow them to represent themselves in the world as media. It is also noteworthy that a few days ago, these media failed to bring more than 500 people to the rally. This is not a protest, as the liberals call it, but a plan to overthrow the government, destroy the state and destabilize it, which they are implementing step by step. The June 20 provocation, which was then called Gavrilov’s Night, was a similar plan, and then the authorities did not show full principle. That is, no appropriate legal action was taken against the coup participants. I hope that the same thing will not happen now, and that the National Movement, as an instigating criminal party that does not abandon its plans to organize riots, together with its provocateurs with microphones and cameras, will receive the appropriate legal assessment. If such steps are taken, and they must be reasonably taken, I am sure that the government will have the full support of the public. If not, we are all witnesses of what is being prepared and what awaits the country in the context of a growing liberal dictatorship…