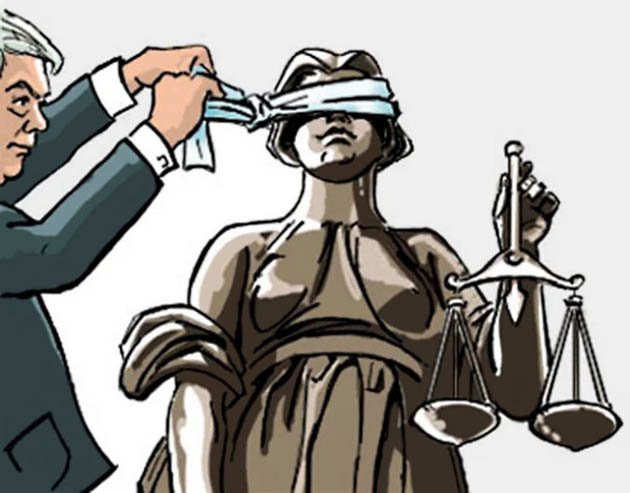 Now strain your mind well and remember why the ex-president unloaded with sour cream started a hunger strike; What did he want, what demand did he actually have? Nothing, he was arrested and went on a hunger strike the next day. He was eating khinkali  at the time of his arrest. Apparently he missed it in Ukraine. His supporters then waited for how many times their idol would pass through the stomach, how many spoons of porridge he would swallow, gather, cheer, and finally begin a hunger strike. In the end, the authorities took the starving Saakashvili to the Gori military hospital, and now they are complaining that the window is closed and cannot be opened. But before that Nika Gvaramia shouted with all his might that Saakashvili was being taken to Gori, because the Ossetian special forces would conduct a special operation, kidnap Misha and take him to Putin. And, now that they have explained that the closed window is for Saakashvili’s security, they calmed down.

I may  say something otherwise (of course, I will not write anything rude), but it all has to be listened  by Misha and his parishioners, because they   curse mother via live TV of everyone who is not on their side. After Saakashvili, the hunger strike of Elene Khoshtaria attracted the most attention. Gogievna, who has chosen  the parliament building for this, was guarded separately by the TV stations and by her hand girls and boys  separately. When it became difficult to move, the wheelchair was brought to her  so that she would not get tired, and in the last few days she was under a permanent supervision pf a doctor who’s place was arranged  next to her. Those who do not remember, let us remind you that when Nino Burjanadze was the Speaker of the Parliament and the opposition MPs went on a hunger strike in the living room of her office, Anzorovna did not even put on a blanket to cover it at night and turn off the heating.   Now, Ms. Nino was blaming the government for not complying with the demands, for ignoring the hunger strikers’ request, but now, neither she nor the TV journalists remembered her  inhuman (in the literal sense of the word) action. Or, the latter remembered but did not remember because it was not useful to them, and because. In general, TV journalists do not mention many things to the current leaders of the opposition, because they know for sure that it will not be profitable for them if  the people remember why they overturned the former government  from the  power. For example, they do not remind the “National Movement” that it is nothing Saakashvili’s detainment in  Gldani prison, because dead bodies one after another  were  taken out from there during the years of his rule, that raising  hand on  the guard, at best, ended with a fracture of the prisoner’s hand, that   people were caught in groups and send to jail, that we had over 300 thousand probationers in the country  and all voted for Nationals for not to become real their suspended sentence  and not to occur themselves in hell of Gldani prison.  Yes, that was all and now no one reminds it

Lately, we often have to point out that the government is behaving wrongly, unjustly. It is enough for any scoundrel to declare that he is a supporter of the opposition and to shout “Misha, Misha” at the last vote, he immediately acquires a kind of immunity, the law enforcers try not to touch him, try not to arrest him, not to punish him. And we, ordinary people, will be fined if we cross the street incorrectly. I did not accidentally cross the street incorrectly. Earlier, fuel prices were protested and drivers took to the streets in cars. Well, most of them were fined for violating traffic rules at home, but this does not apply to opposition rallies, when 30 men block Rustaveli Avenue  with two cars, no one votes and no fines are given to the drivers of those cars, so that the opposition does not shout. People protested the social situation, protested the unrealistic rise in prices and were fined. What should they do next time? Should they come out and protest the prices and shout “Misha, Misha”? Does the government realize that this is playing with fire and, most importantly, with this step the opposition is increasing the majority of the parish?

When rallies in support of Saakashvili were held and convoys left from western Georgia, some of those vehicles were drunk drivers, some were without driver’s licenses, and there were some vehicles that had not undergone a technical inspection. No fines were written and this is because no one dared to stop these vehicles and check the vigilance of the drivers. Is it a legal action? They could have done it, but they did not dare, because the opposition was shouting to stop us. But, recall, during the time when the Nationals were in power, a lot of fines were written and nails were blown on the roads so that the cars coming to the capital would be blocked. Now someone will say that this is how we differ from the previous government, but do not ask for a miracle, gentlemen, follow the law, act within the law. They were committing lawlessness, breaking the law, and you still obey the law! Do not keep the laws only at the expense of us, ordinary and law-abiding people, and do not fill the budget only at our expense, ask them too. . . Within the law.

Hopefully, the government will be prudent and will not come to the conclusion that Saakashvili will postpone his sentence and be treated for freedom. If you remember, Misha said out loud that if I go out, I will finish government in 10 days; And, if they release it, everything will really end and they will be worthy. Why does it end? Because people will lose faith, the people who have been demanding Saakashvili’s trial all these years and the 6 years given to him are very small. Do not think that if the “Dream”” Nationalists ousted the Nationals, the people will get used to it. All this will inevitably turn into a civil controversy and for that. . . The UNM is ready and even tempted Murman Dumbadze, Georgia is turning into a gut and, Ivanishvili, you will understand the rest. Yes, they are ready for anything and the government must come to its senses in time. We will repeat: we do not ask for the same “bespredel” (chaos) as it was during the rule of the Nationals, but, gentlemen, when someone breaks the law, answer by the force of law. Otherwise, we will not survive the civil confrontation and Georgia will not be able to endure another unrest.

Are We Sure America Is Not at War in Ukraine?