Profit of the banking sector – 915 MIO;  The annual turnover of the gambling sector –  15 billion (!). It turns out that the population of Georgia exists only for these two segments

I doubt that there exists even one individual in Georgia whom a bank operator did not call and inform with her clear belong voice that the bank offers him/her a credit with “effective” 12, 13, or 17% interest rate . while then it turns out that  in real, this “effective” rate is annual 50%  and, when you try to explain to that operator that she told you another thing, she answer naively – commission,  insurance, this, that,  . . . etc.,  endless. As a result, who risks to  take a credit  (there are many of such individuals, who risk), because they have no other way out), then fail to repay it, while bank expropriates  his/her all movable and immovable property

According to the official statistics, a total volume of the property seized by the banks during October, made 210,6 MIO GEL, i.e. the banks have simply took out 210 MIO GEL    from the population   and, what is more interesting, this is not a realistic  number – when issuing a credit, its value is assessed by a comparably lower price, because the banks do not want to risk and then sell the properties easier on the auctions.

For the comparison purposes only: a total value of  the property seized by the banks in this year,  increased by 48,2 MIO  GEL to compare with the previous year data

In such conditions, how not to recall one of the promises given by Ivanishvili personally, before the 2012 elections: “we will force the banks to   issue credits with only 203% interest rate and, I personally will ensure that most of such loans will be without any interest rate, i.e. the money will be priceless, you will  pay what you receive. But, instead of    priceless money, the bank sector started activities with higher energy and, after coming the Dream into the power, a  total value of property seized by the  banks from the population during the last 7-year period, exceeded 1 billion. A simple logic is: the population of Georgia became by 1 billion poorer  during the last 7 years, while the banks earned by 1 billion more.

For not to say  that we have to run far until reaching at the level of the so called European super-states, I’d like to provide an example of Portugal: A maximum interest rate for the bank credits  is 3%, and  in cases only, if you cannot cover it by your own immovable property and you indicate only your salary in  your incomes. As a result, the profit of the Portuguese banks are high but not so high as the Georgian banks have. A paradox but the fact is that the Portuguese economy is 10-times stringer than of Georgian one the population there receives averagely 10-timesmhiger income. So, Portugal  is far ahead of us in everything but we are ahead of it in seizing money from the population and, we are ahead not only of Portugal by this indicator, but ahead of all (yes, all!)  European countries! And, there is no way out , because the government explained “clearly” to us: Banks are under the private ownership , we cannot interfere  in their operations and suppress their business . . .

The banks ended the last year by 915-MIO GEL profit, that is by 45 MIO GEL more than the 2017 year’s indicator.  Some expectations exist that  their profit in this year will exceed 1 billion and, what do you think, how much from this colossal profit do the banks pay to the State Budget? In the last year, after gaining 915-MIO GEL, the banks paid to the state budget total 123 MIO GEL. Please do not think as if this sum was subtracted from that 915 MIO. No, sirs, this was a net profit left behind the payment to the budget. Let’s say also that in 2018 a total income of the banks made 42 billion and . . . do you know on what margin do they work? 79% comes on the incomes from the interest rate, i.e. almost 3 billion the banks received from the interest paid by us.

We understand that the government deceived us and did not fulfil its pore-election promises. We know also that the government cannot influence on the banks and cannot force them to issue credits with 12 and 3% rate. But, we think the government has a right to establish the upper maximal limit, for instance – 10% (which will be the highest limit over the Europe) and, the banks will be restricted to issue credits with higher rates. This is not a pressure, this will be a law obligatory for all and, if the bankers say the state restricts development of the bank sector, this will be a lie  because nobody can assure us that if instead of 915mio MIO GEL profit, the banks count for themselves half billion, they will stay disappointed. We really are not going to recommend to the government to increase taxes for the banks, because 123 MIO paid to the state budget after gaining 915 MIO profit, is rather ironic . We cannot give such a recommendation because as soon as it happens, the banks will promptly increase again the interest rates and will seize from us much higher property than valued as 210 MIO

After the banks started expropriation of the population’s property, it comes out that we move to the direction which will result in the fact that several years later the banks will receive nothing from us, because there will be nothing in our ownership. What a property may have a poor population in such the conditions? People loses houses, land, vehicles, commercial areas and, stay with nothing. This is a result of the harmful policy of the banks and, the government must realize that a number of socially vulnerable and u n protected people is increasing year-by-year.  Nowhere gentlemen, this is done, for as soon as there is any increase in this direction, the state immediately takes effective steps, as the heads of state know that a strong population means a strong state, and a strong state has more authority in the international arena.  While here the situation is different because there exists a serious (and not non-substantiated) doubt  “as soon as a former poor and decreased-in-number  nation gains  so  much that stars thinking on other things in addition to eating, it will necessarily chose better laws, better government, welfare, and nobody will build “Svetitskhoveli” – do you remember> but, our misfortune is that nobody needs us even for building “Svetitskhoveli”

To calculate roughly, banking sector – 915 MIO;  The annual turnover of the gambling sector –  15 billion (!). It turns out that the population of Georgia exists only for these two segments. It is named existence, not a life and this is today’s disease of the nation. All this becomes evident in such holidays as the  New Year is, when we frequently hear  worry, when all children  wait for presents from Santa Claus but . . . most of them will have nothing, otherwise, he/she will have nothing to eat, or even neither present nor food

P.S. for this situation the most compatible is the phrase from the very popular movie “The dolls are laughing”: “Why  the pre-revolution children were cretins? – Because they did not have toys”. A generation left without toys, i.e. a generation of cretins is most than others suitable for the state power . because it is too difficult to control an educated nation,  while you may instruct  uneducated   “Sarko, Sarko”;. On Rustaveli avenue and then instruct to applaud for a status you did not gain, but obtain BY ROW. Do not think that presidency of the European Council was so pompously celebrated elsewhere, with spending millions. N o, and do you know why? Because money has another function there – to spend for people, for those who creates future, While, out future passes on 33 GEL, in this new year. . . 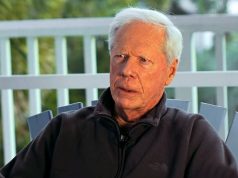 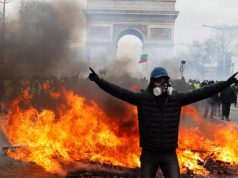 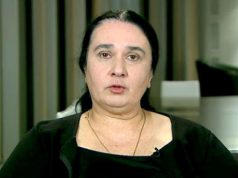 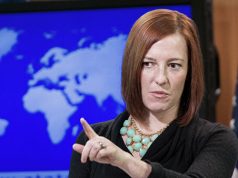 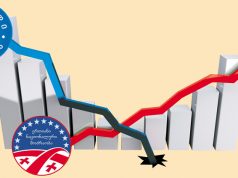 Georgian political life has turned into a theater of ...