Storms of the historic experience  brought many negative too, in line of positive events. Mass-media, representatives of NGOs  of various origin and the so called impostor political parties may have a great influence on a social;-living and moral climate  in the country, since they  program  the social worldviews  and strivings  towards wrong direction.

This  damaged-brain,  insane, full of  evil and abusing s annihilate without pardon all Georgian and, make impact on the social state of the society. All this is promoted by irresponsibility, nihilism, and indifference. A biological inactivity is spread over the country,  what is worth to think  about very deeply. Where is a principal position and reaction and reaction of our public figures? Where   the  fate of our country is decided? Corrupt practice and consumable-like attitude became a goal of our life and, it is natural that a microclimate, a  negative aura formed in such families  destroys a soul and psychology of our  juveniles, is accumulated in their consciousness and, gradually becomes a continuer of unhealthy  traditions, which fights against and depresses  the healthy historic values the nation has preserved during centuries for and passed to our further generations and, when so ill-minded youth goes in the streets, it is already late and difficult to  tame it. When be are brave of our civilized society, we have to think, where start such  harmful  thinks as drug addiction, alcoholism, prostitution, immoral life style, other viciousness which cover biological, social-economic, psychological,  historical and traditional aspects of our life and proceed from them? Just from his dirty, terribly smelling pool takes origin , this is a natural result of  our current life     and, is dangerous for bot to  expand roots i9n our genetic code.

Tens of years elapse and, the country still remains in lack of a normal government completed by professionals . The top positions are occupied by so called friendly circles, that is known as nepotism, This (nepotism) was also spread more or less in the past, but not so obviously, because education and professionalism were  at the high level. While today, we have so many uneducated and idle . . .

Today, honesty and professionalism are the synonyms of loneliness – when nobody needs you, when you are nothing. Nobody wants to have with him a patriot with  high-moral qualities. Patriotism, a correctly  passed life  with a honest work is nothing to compare with the love of motherland. A dishonest individual will achieve nothing. We turned ourselves into such persons.

Today. a very painful topic to us, is the youth’s problem, their educational level and unemployment. We have destroyed a fundament of their future dreaming s and strivings. Let’s  recall, in the period of our youth, when going to towns for learning, our parents were saying:  “remember from which family you are “ and we were so enthusiastic and with great hopes to future, performed this very important mission  and, were guaranteed by the State with scholarship, free housing cheap  food,  job place.

Today there are more than 70 thousand student whose status is suspended because of failure to pay the study fee. If look at this act of government from the position of honesty, this is a crime!  With this, you say no to young people in their  intellectual strivings. It is natural, that  in such a case they  will have a negative attitude to the Government. They are our future   There is no another more important act than giving a chance of study to the youth , give then a chance to become patriots, to serve for their homeland, become members of the civil society. Today, the society is   turned intoa society of drug addicts, prostitutes, immorality. To this end particularly active ate the so called hired mouthpieces of the abusing NGOs, and mass-media. That is  why the main problem is formation of a real civil society which may have a healthy influence on our state and the fate of our nation

In a Georgian man, struggle against  unjust has been formed genetically and historically. Unfortunately,  we are enforced to live in Cohabitation with the 9-year regime of the “National Movement” and, this is a symbiosis, already. They want to kill in a Georgian nation a skill of restoration of just, a historic memory, self-dignity, but all this will be fruitless. A Georgian man will never be adapted  to this. They know nothing about a nature of Georgians, our many-century  history, that  our land is given us my the Virgin, and vested on us a mission of humanity and hospitality 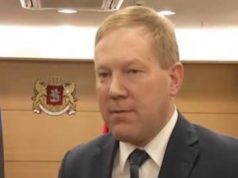 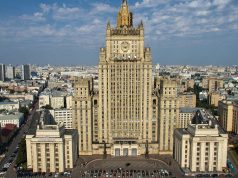 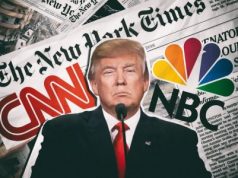