By decision of the Holy  Synod, the Georgian Orthodox Church will not take part in the Holly Church Congregations to be held on the Creta Island. The Synod sitting chaired by the Catholicos-Patriarch of All Georgia  Ilia II was held on June 10th  at the Georgian Patriarchate.

The Holy Synod of the Georgian Orthodox Church arranges the sittings twice a year, for considering the problematic issues of the Church

On the sitting held on May 25th,the Holy Synod   already considered the preparatory agenda for participation in  the Great Holy Congregation of the Orthodox Churches Ecumenical Council to be held on June 16-27 on the Creta  Island

For coordinating the Agenda of the  Ecumenical Council, the leaders of the Orthodox Churches met in Geneva (Shambes) on January 22-27

On these items, the views of various orthodox churches differ  from each other. 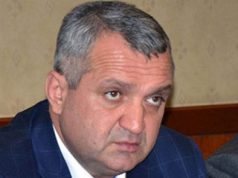